A Home For Decor

Recently I was commissioned to make two long display tables that would be used in a wedding show for a local organization. The design was pretty straight forward - 6' long, 18" wide, standing about 30" tall with a top surface and a bottom shelf. The client wanted these two tables to be pretty rustic looking so pallet wood was the material of choice.

Off camera, my wife and I broke down roughly 6-8 pallets to be used for this project. Once everything was disassembled, I sorted all the pieces into three groups - good, better, best. This was one of the more challenging parts of the build to be honest. I get it, pallet wood isn't supposed to be perfect, that's part of the aesthetics. But the challenge was trying to make the two table match as much as possible with imperfect wood. Maybe this is just the picky designer in me :) 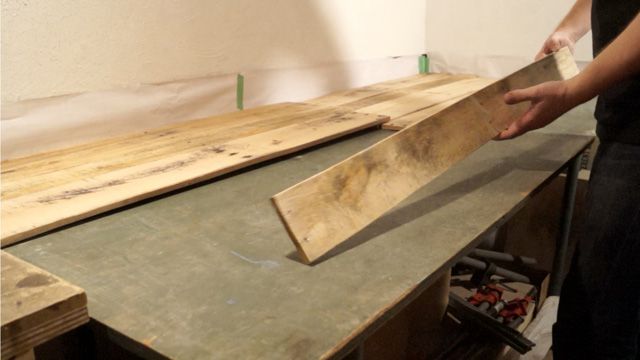 I began by cutting the top slats to the lengths needed. Side note - in the downloadable model and PDF I made of these tables, I reworked some of the dimensions so that anyone could make these using standard materials from the local big box store - no need for pallets if that's not the style you are going for. Check out the link if you're interested - Display Table Plans 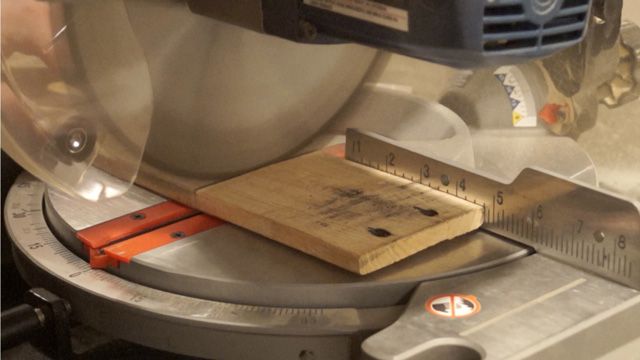 Once I had all the top slats cut to length I could start taking measurements and build the table around the top. 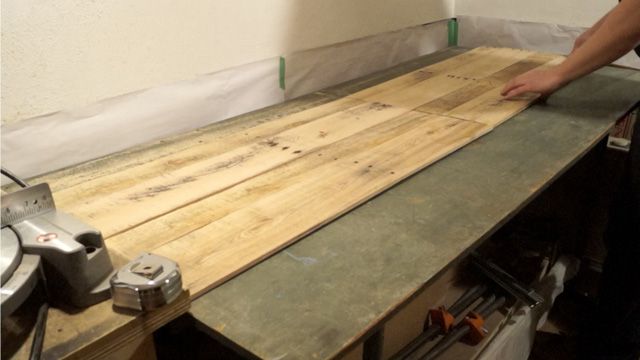 I started by making a frame for the top slats to sit within. I used my combination square to measure the thickness of one of the top slats - this measurement is used to offset the supporting ledge of the "frame" so that the top slats sit flush with the side frame. I think the pictures will help explain this better. 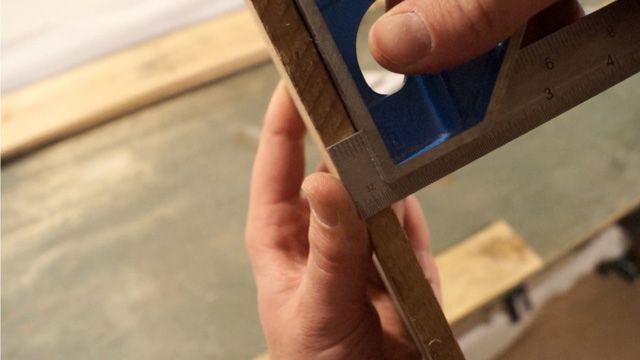 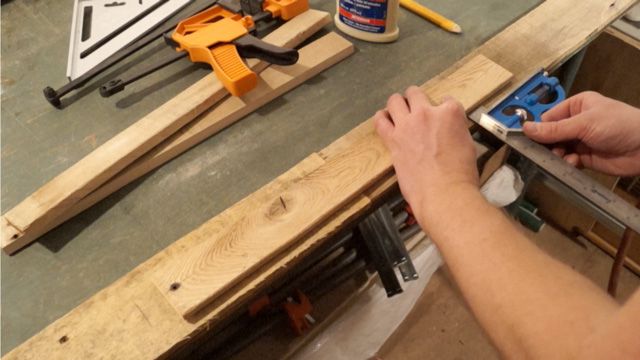 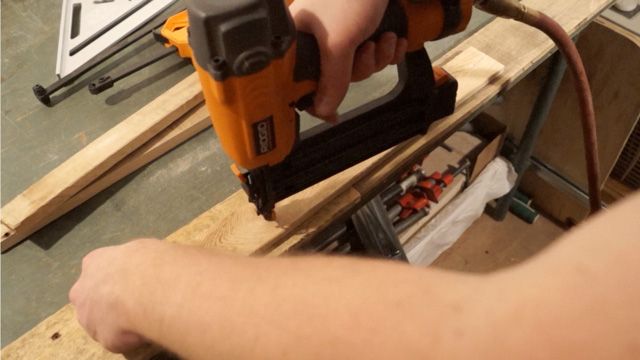 With the long sides of the frame done, I moved on the shorter ends of the frame. I measured the width of the top pieces and cut a piece to length.

With the two end pieces cut to length, I used the same dimension to offset a ledge support on each piece. 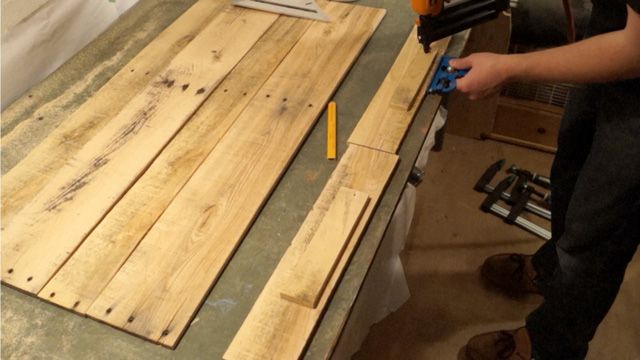 With the four sides cut to length and the support pieces attached, I joined all four together using glue and brad nails, followed by a couple screws at each corner. 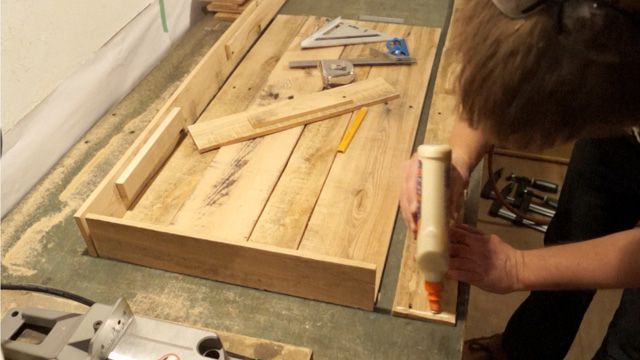 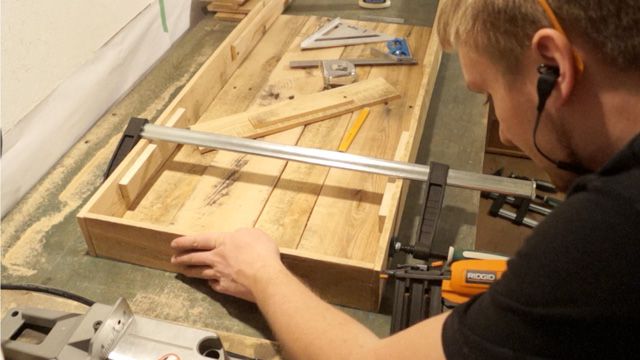 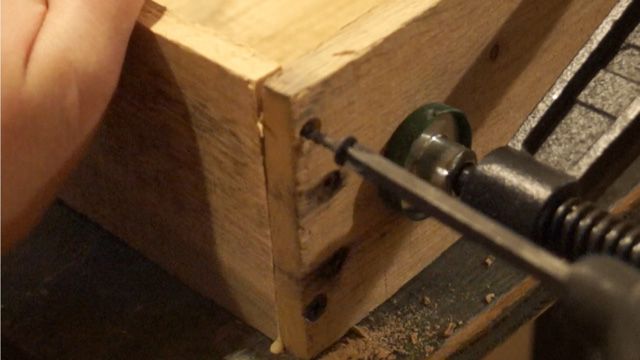 After the four sides were joined together, I came back with two spacers in the middle of the "frame". These provide support for the "frame" so the middle doesn't flex out as well as for the top slats of the table. 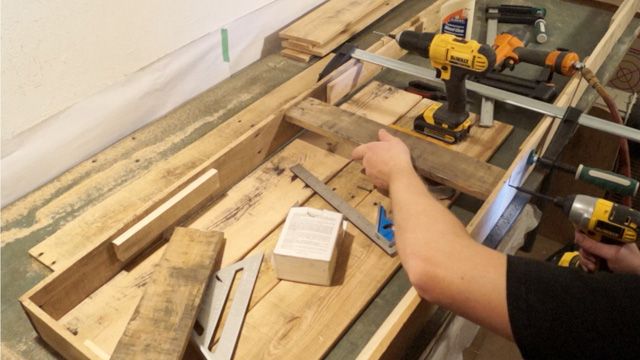 Next, I began laying the slats in the frame. I secured them using glue and brad nails. 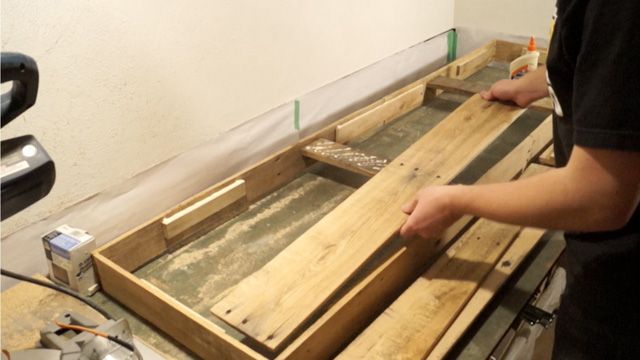 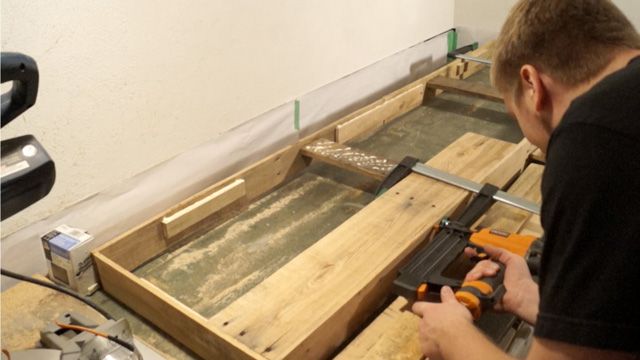 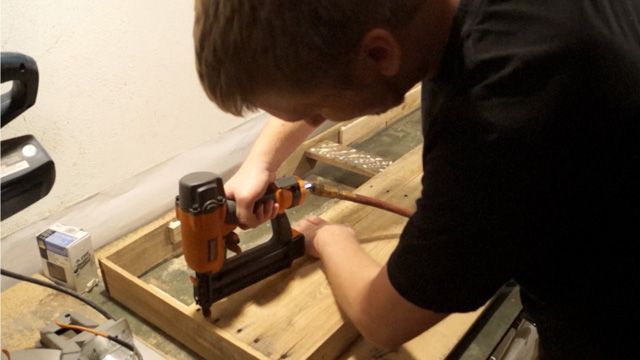 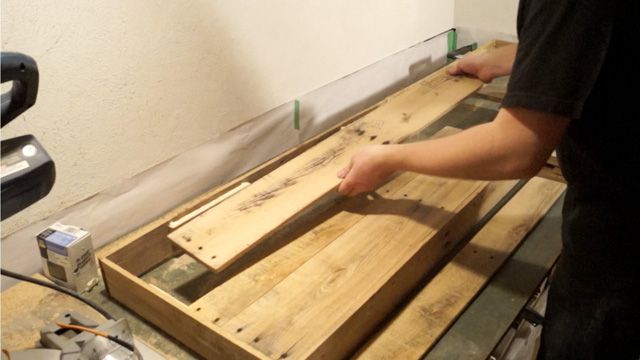 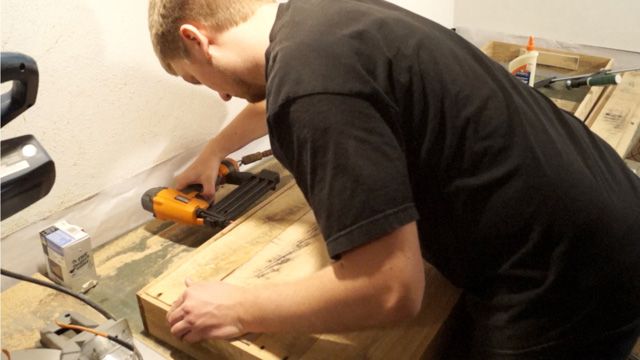 With all the slats in place, the table top was complete and I moved onto cutting the legs to length. 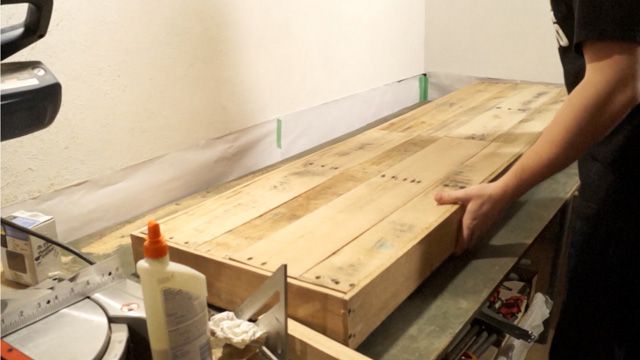 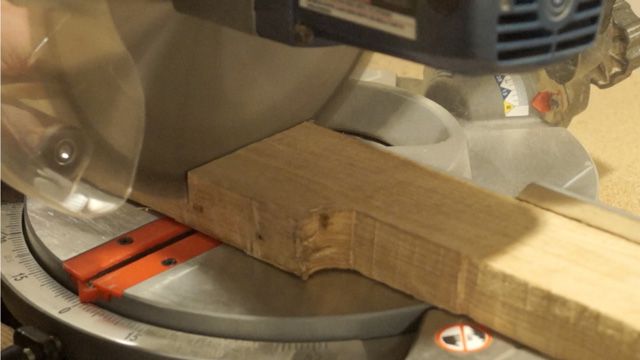 I attached the legs by driving in screws from the outside. With the legs attached, I could measure the length I needed for the bottom shelf stretchers. 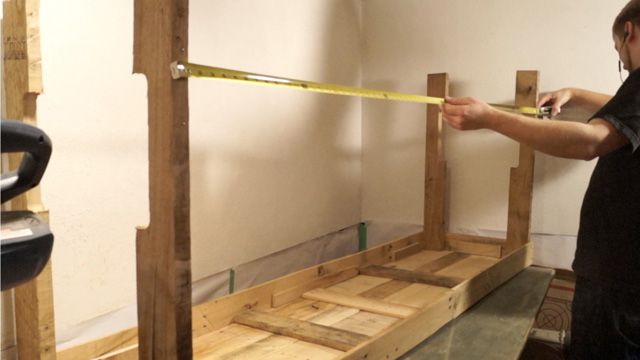 I cut the bottom stretchers to length and attached them to the legs with a screw. 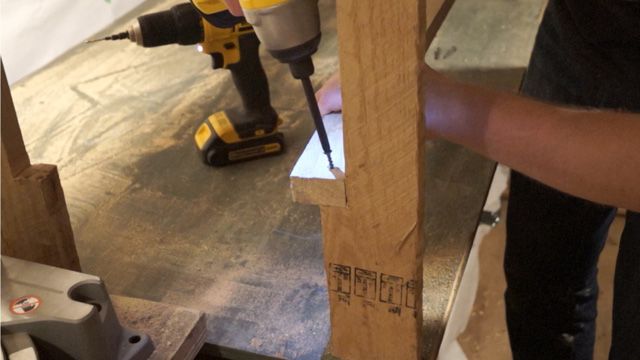 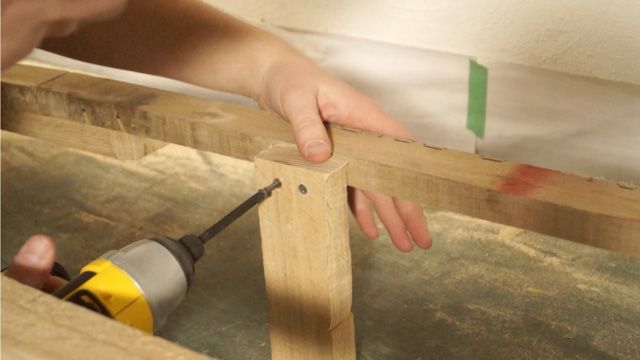 I came back with a few cross supports to tie the stretchers together and also support the slats that would make up the bottom shelf. 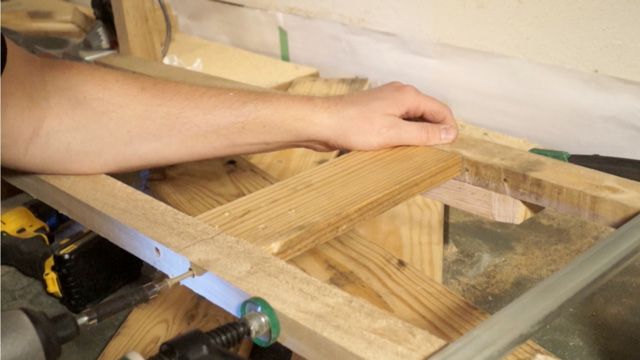 Next, I cut the slats to length, added some glue, and brad nailed them into place. 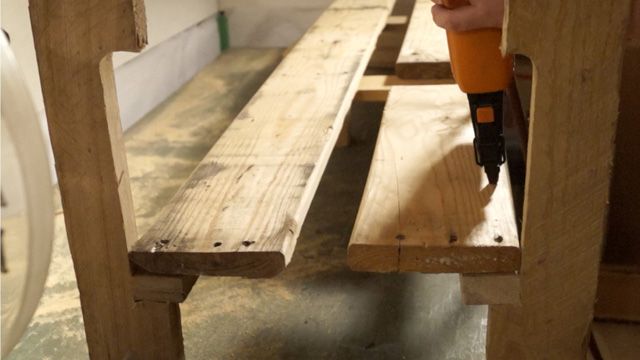 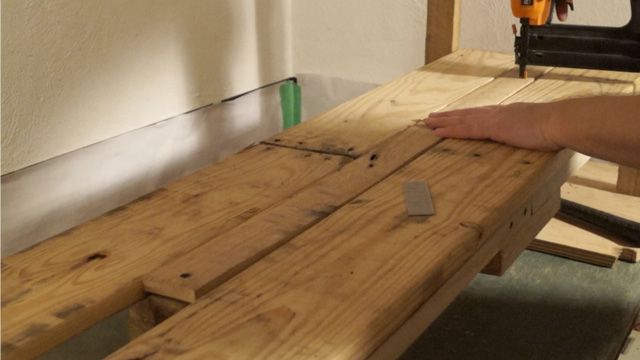 At this point, the assembly of the table was complete. I took my orbital sander and went over the whole table with 120 and 220 grit sandpaper. 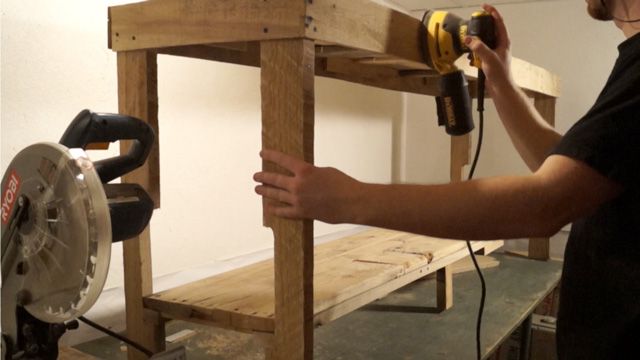 All that was left to do was stain the tables. The client wanted a really dark finish, so I used Minwax Jacobean stain and applied it with a brush. This wood SOAKED UP the stain! 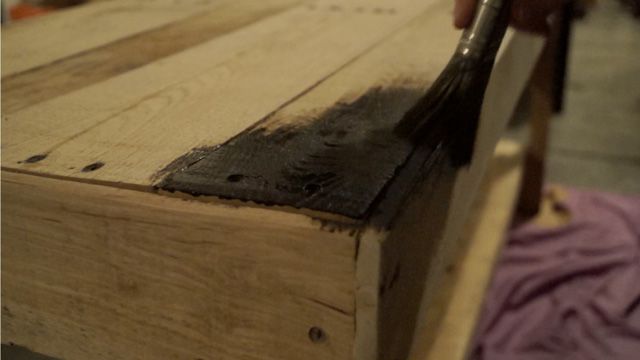 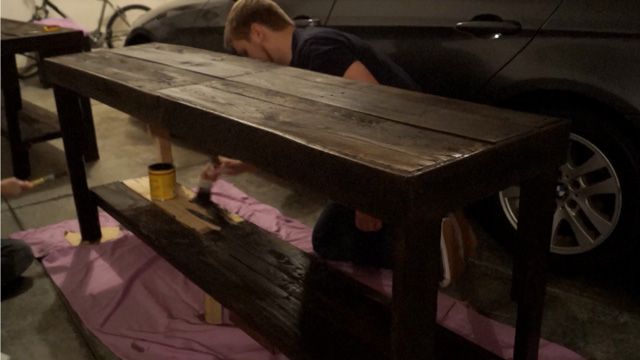 I hope you enjoyed this build! If you want to make this table or a pair for yourself, make sure to check out the downloadable plans below! 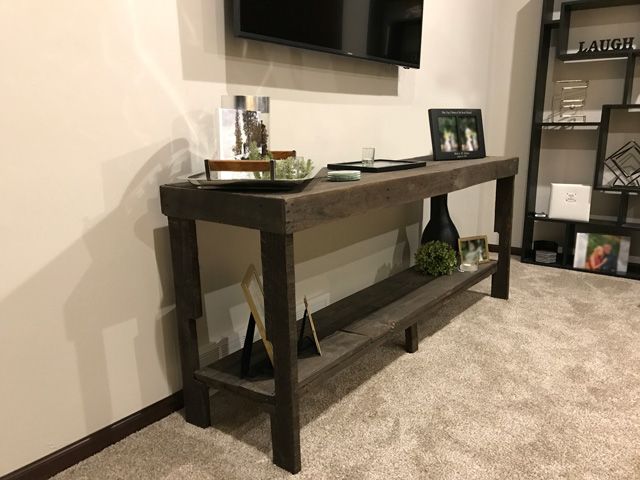 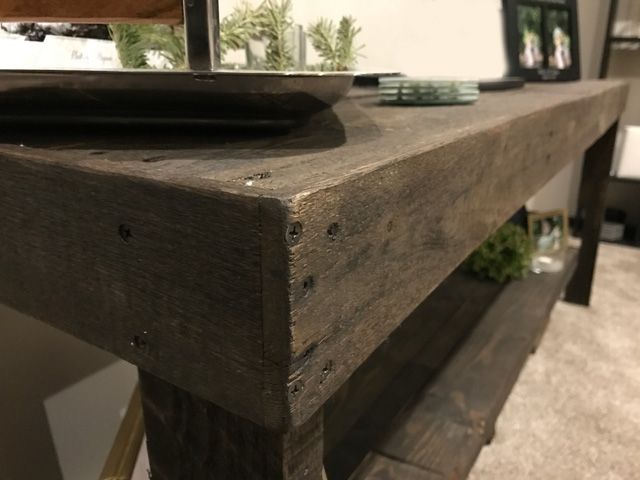 Want to built this display table yourself?